In the DVJ 2.0 tracks I focussed on blending the much too clean and conservative R’n’B pop music that was popular at the time with the much more interesting sounds and energy of underground drum & bass music.

But I felt that drum & bass music had gotten pretty boring since 1999. Most releases had the same tempo, simple arrangements (once the drop had happened a track usually didn’t evolve), so I experimented with hectic arrangements, glitches, disco/house grooves (the remixes of kwylie, Missy, Janet, MNM, Limp Bizkit) and other tempos (Eve). I experimented a lot with bass music concepts at that time, tracks I didn’t use are collected in the ‘Adventures in basS‘ project.

Audio-visual effects, that manipulate visuals and sounds at the same time, play an important part in my art. In this project I took this concept a step further, using the new possibilities of After Effects 5 (motion graphic design software) to work with 3D layers.

Instead of using conventional video editing software I used my SenSorSuit, X-Pose and Max (see below) to edit the videos in real time and with a musical timing. I then finished the tracks with Adobe After Effects. I added audio-visual effects to the videos before I edited them live. This way I could control the flow of the audio-visual effects in real time. I explain this concept in more detail on the V-skrtZz project page. After the DVJ 2.0 project I stopped using existing tools and started developing my own tools, optimized for my artform: video sampling and visual music.

Tracks made with the SenSorSuit

Many parts of the DVJ 2.0 tracks are played live with my SenSorSuit connected to a laptop running Image/ine. Using the SenSorSuit to play the video edits live, in real time, made it much easier to make extremely complex video edits. An exciting new video edit style.

I sampled bits and pieces of these live recordings to create the final tracks. At the bottom of this page you’ll find many raw footage videos, because I think they are cool by themselves. 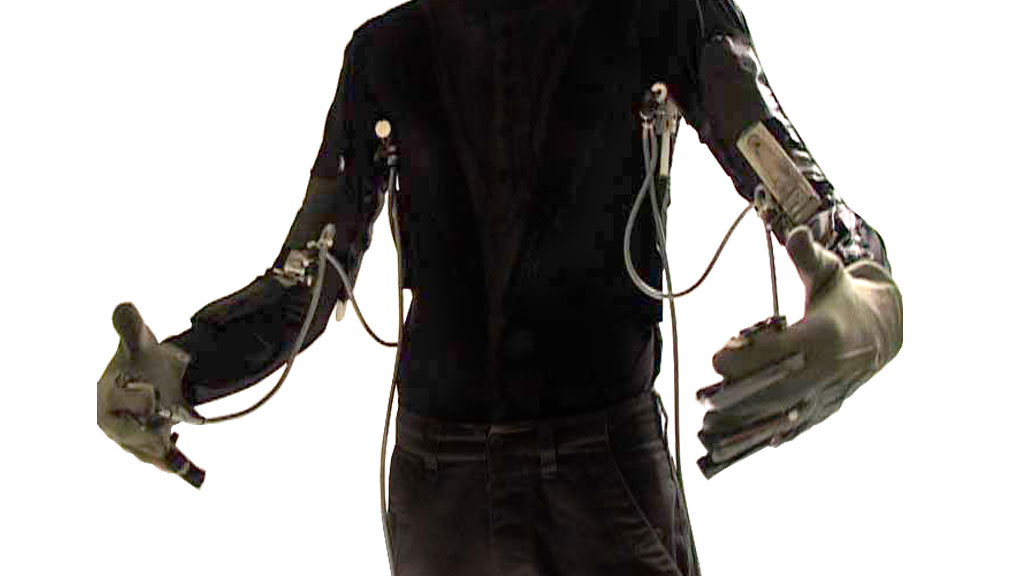 Some tracks I partly made with X-Pose (video sampling software created by Arkaos). Because X-Pose was not able to sample sound as well, I linked X-Pose to SampleCell (audio sampling software created by DigiDesign). With X-Pose I was able to edit video with a musical timing, instead of the rigid video frame based timing of a video editor (see Hardcore madnesS and Violent Entertainment). 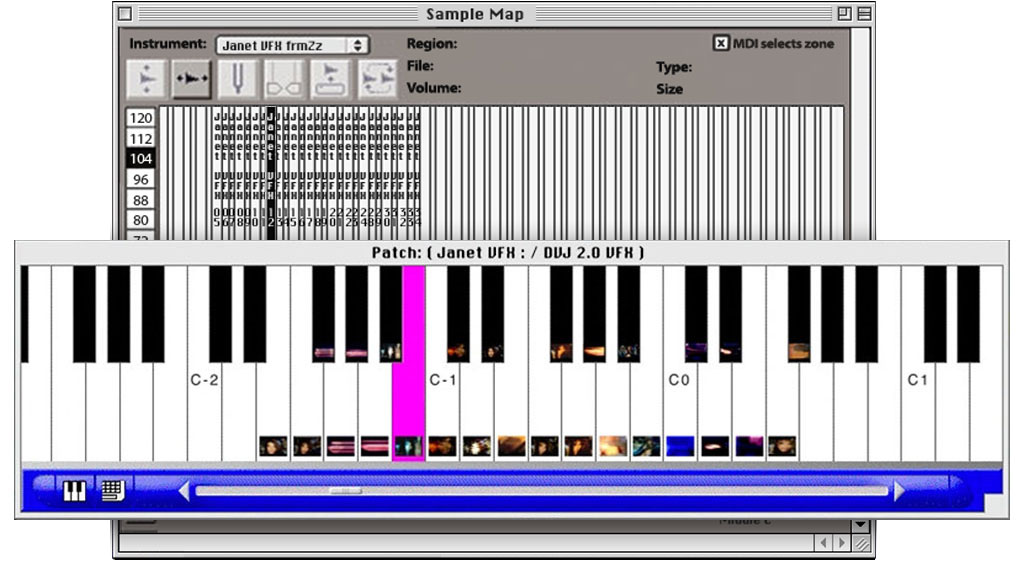 Tracks made with Max/MSP

I started using Max/MSP (visual programming language for sound applications) in 1999. I especially like a granular synthesis patch made by Nobuyasu Sakodna. I made a remix of that software and used it for many tracks (see the Adventures in Bass project).

Many glitchy sounds in the DVJ 2.0 tracks come from this patch. In the track below this patch is used to distort a video sample. Max/MSP didn’t support video yet, so I recorded the audio track first and then added the visuals with After Effects. When Jitter was released in 2003 I added video playback to this patch.

Tracks made with After Effects only

This track I made with After Effects. So not many experiments with timing. But still a lot of audio-visual effects and good energy. 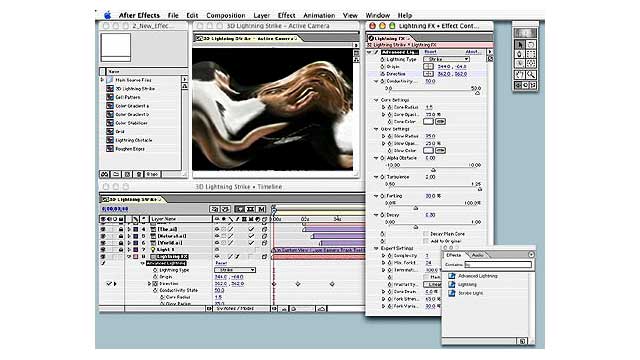 The videos below show the raw SenSorSuit footage. This footage is used to make the tracks above.

Using the SenSorSuit for video editing is a great concept. I love the crazy, complex and musical video edit style this produces. Hardware was not powerful enough in 2001 to support real-time audio-visual effects, so I added audio-visual effects to the videos with After Effects before using them with the SenSorSuit. This produces an even crazier and complex result. I really love this glitchy, overwhelming video edit style.

For these videos the SenSorSuit was connected to Image/ine, later I developed my own software to manipulate video in a musical way. 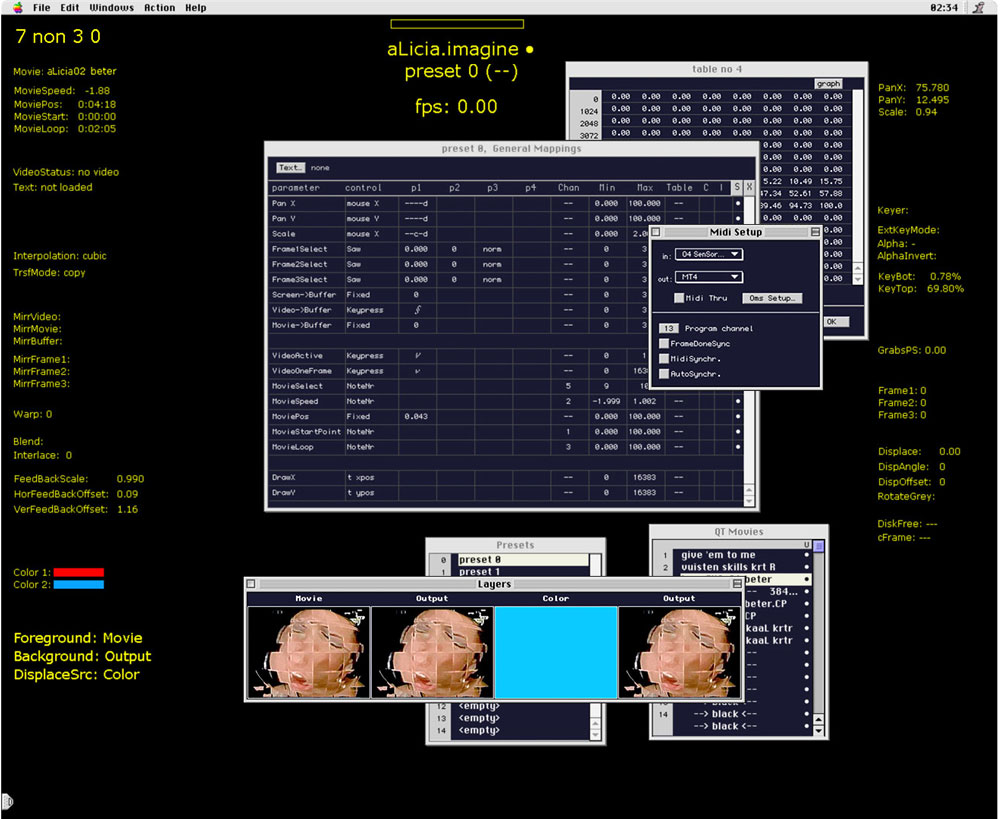 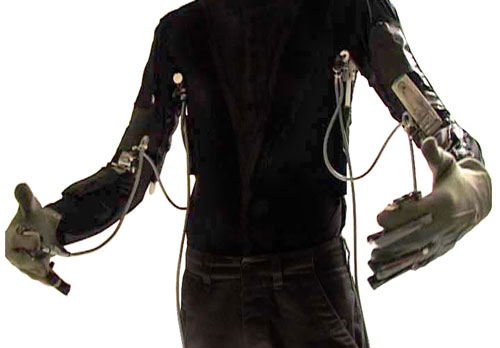 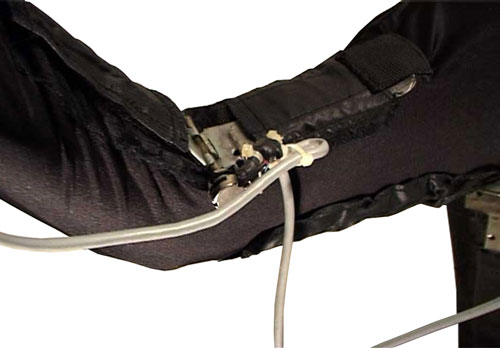 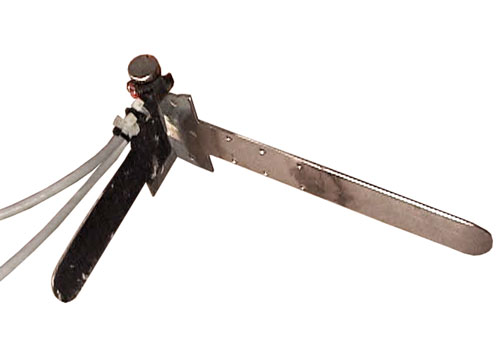 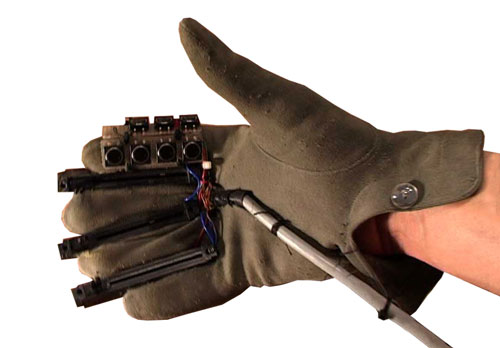