In 1997 I produced my first feature film. Fort Ebo goLd is a video sample movie full of adventure, romance and complicated plot twists. This psychological comedy-drama tells the story of Gary, a young soldier in the US civil war, who is searching for his place in 19th century American society, to express himself and show off his video skrtZz beats and hardcore video sampling techniques.

The movie is a two screen experience. The screens are synced with the EboNaTor software. It premiered at the LowLands festival in the Netherlands. It was played live by me and DJ Olafski. One screen was on the main stage and the second screen on the other side of the hall. The audience (6000 people) was in the middle and had to turn around to watch the full movie. They were in the middle of the dialogues, shoot outs and the scenery.

To keep the two video screens in sync, an audio cable ran over the 6000 people, from the master EboNaTor computer to the slave EboNaTor computer. A fragile set-up, but it worked without any problems.

The Fort Ebo goLd movie has a duration of 34 minutes and consists of 5 scenes. I was interested in making a new, original composition by just re-editing a movie, without using effects of many layers. Just re-editing, sampling. A creative challenge. Focussed on timing. For LLib LLik, Hardcore madnesS, VioLent entertainment and DVJ 3.0 I used a similar concept. Computer hardware was also not capable to render many effects and layers efficiently in 1997.

I had bought the Fort Yuma Gold movie a few days before at flee market and decided to use that movie, without any particular reason. I liked the clear imagery, simple storyline and the fact that there was little music in it, so the sound effects and dialogues were clear. The movie is produced with music software and then visualised with video software. Due to limitations of the video software I had to do every video edit separately manually. A lot of work. Read more about that at the bottom of the page.

Watch the full movie below, or watch the scenes separately and read more about them further down this page.

In the first scene our hero, Gary, gets into a fight. He defeats his opponent with fast video beats and complex edits.

This is the second part of the first scene.

Gary is wrongly accused of starting the fight and sent into solitary confinement. This brings him into a deeper state of mind. But before going into his mind too deep, he is interrupted by a high ranking officer. Gary and the officer are both a bit shy, so the stutter a lot while they discuss Gary’s situation. The officer sends Gary on a mission.

On his mission, Gary and his companions get caught into a storm and get ambushed!

I did a live video scrub/skrtZz solo with the sample of the companion falling of his horse. With Adobe Premiere and the DC-20 video card it was possible to scrub back and forth through a video live, without the video signal getting corrupt and going black (which happened with the DC-30 video card).

Gary fights back. A funky shoot out starts.

Gary manages to scare his attackers away and escapes into a cabin to hide from the storm. But his companion appears to be his enemy. But Gary manages to overpower this new threat.

Gary leaves to continue his mission. He arrives just in time at the officer’s daughter. Her house is on fire and to make matters worse, she is harassed by Gary’s newly met enemy. How did he get here? Who cares? How do we get him out of here? Gary knows how. By shooting him in the face! Gary saves the officer’s daughter and falls for her great sense of humour. All’s well that ends well!

I made the Fort Ebo goLd scenes with Cubase (music software) and then added the visuals with Adobe Premiere (video editing software). Because I didn’t like the artistic constraints of video editing software for making audio-visual tracks that I experienced in the Hardcore madnesS project.

But this workflow was very time consuming. The video editing software didn’t have the option to copy-paste multiple clips, so I had to make every edit again and again! Resampling was not an option because of the quality loss of each render. I barely finished the movie before its deadline: the Lowlands festival in 1997. 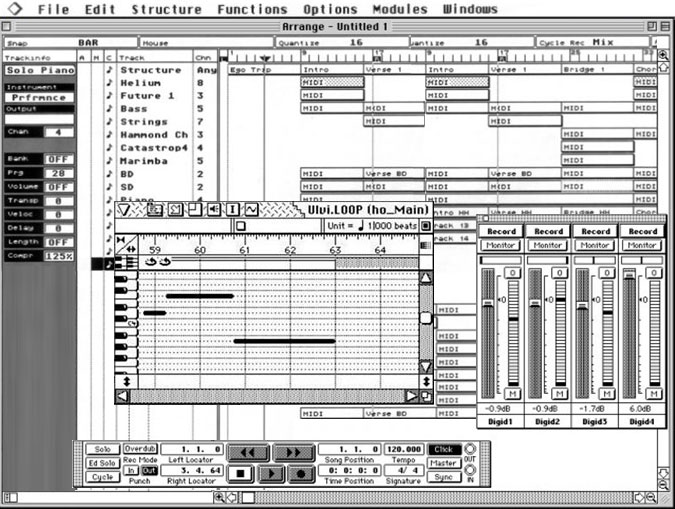 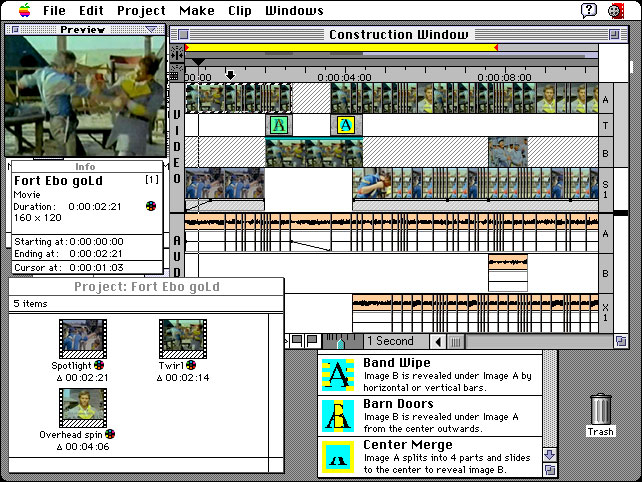 The graphics below show the EboNaTor software. 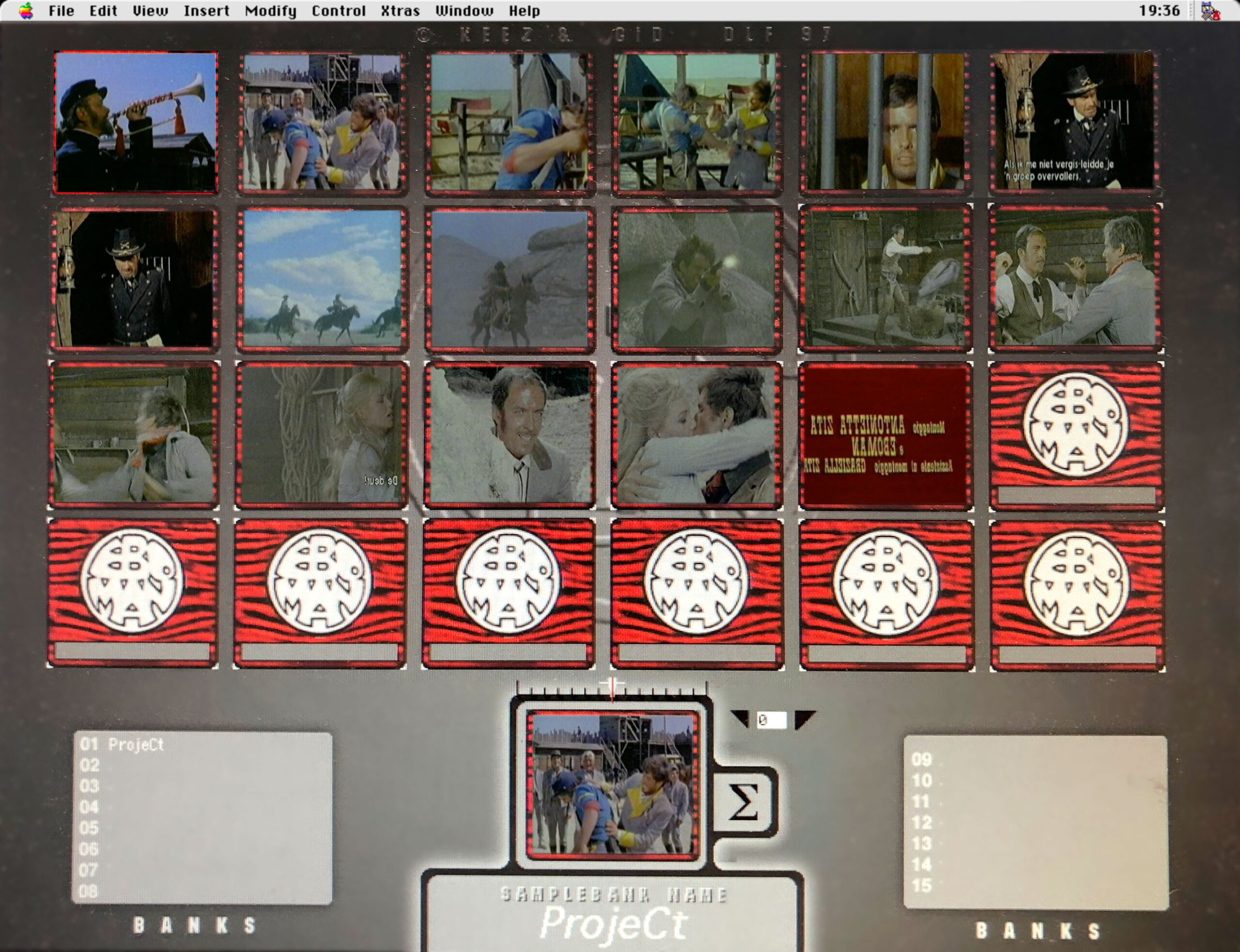 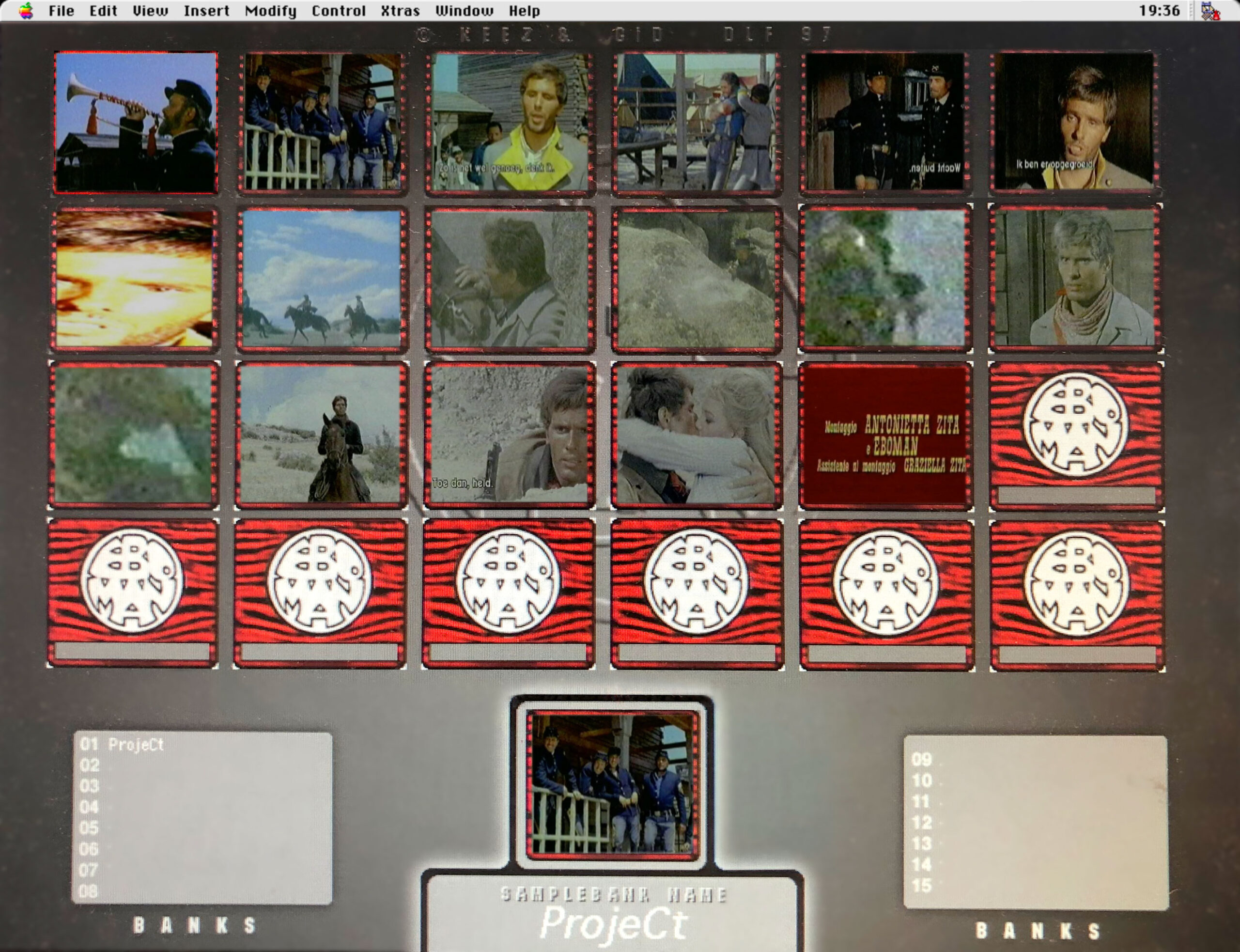 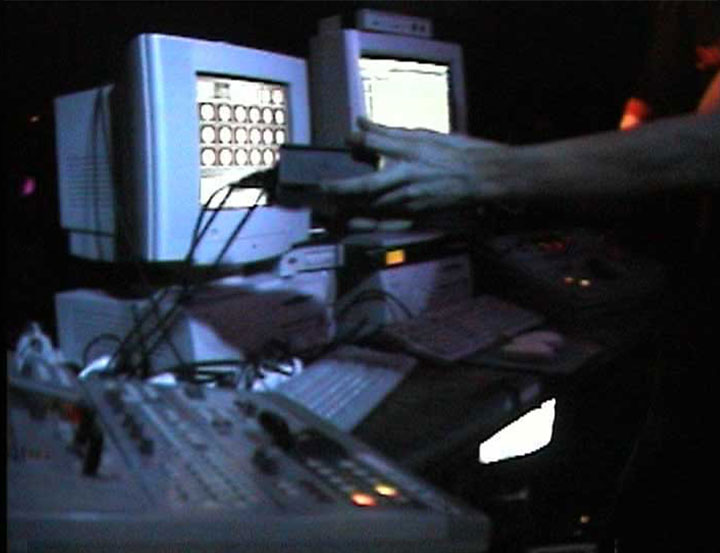