In 2002, I developed a software DVJ mixer with EboStudio. I have been doing performances as a DVJ since 1999. I used to perform with two laptops and a big, analogue video mixer and a separate audio mixer. Thanks to the DVJ mixer I could do my performances with just one laptop, use audio-visual effects live and make more creative mixes.

From 1999 to 2002 I did my DVJ shows with two laptops and a Panasonic MX-50 video mixer. That mixer was a nice machine with some basic video effects. Feeding the visual output back into the mixer created a nice video feedback effect. I used basic video playback software on the laptops (QuickTime Player) and sometimes added a third laptop to do some ‘scrubbing’ and live video triggering on top of the mix with Image/ine.

Doing my DVJ sets became much easier and more fun after I developed my own DVJ mixing software with Max. I had been using Max since 1999 and had created some basic video software with NATO.0+55+3d, an experimental suite of externals that added extensive real-time video control to Max. NATO.0+55+3d was pretty instable, but when ‘Jitter’ was launched, an official suite of visual externals, I could make proper DVJ software. 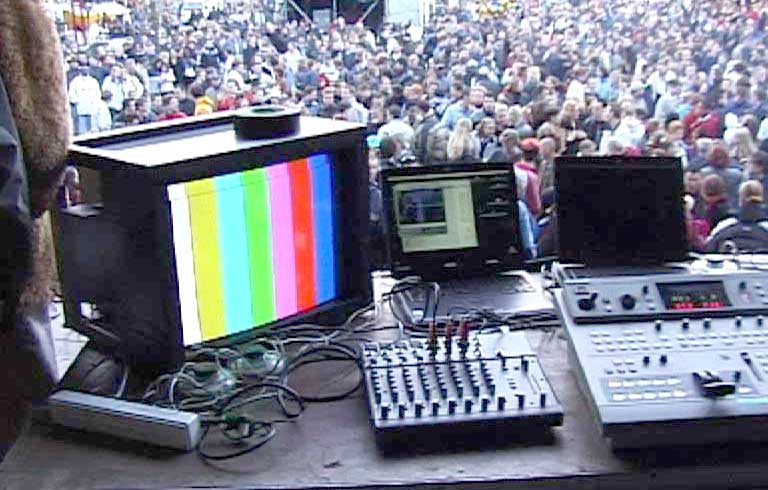 The first version of the DVJ mixer was capable of mixing two videos at the same time, with chroma keying and four basic audio-visual effects. It also had the ability to pitch videos, trigger different points in the video and to mix the sound. 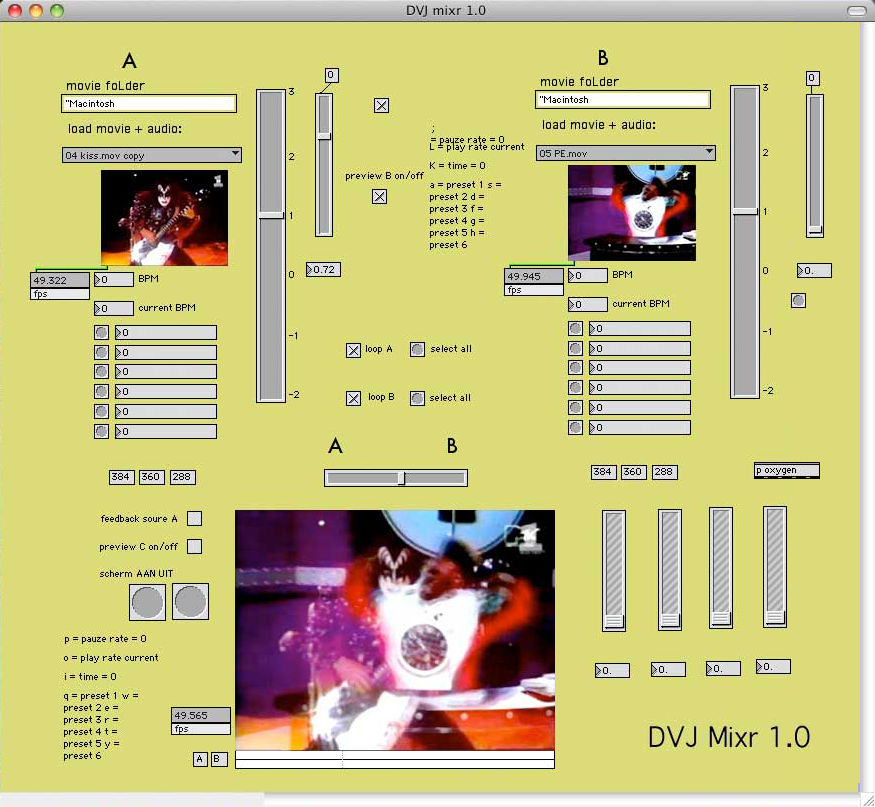 The second version of the DVJ mixer added 3D visual effects, which was a lot of fun. I also used this feature to create visual effects for LLibb LLik and the DVJ 3.0 tracks.

This mixer also had the ability to loop a part of the video, ‘scrub’ a video live and to change the speed according to a target BPM.

The DVJ mixer eventually evolved into my audio-visual instrument SenS, which became EboSuite. In 2013 I produced a follow-up DVJ mixer: DVJ mixer 3.0. Read more about the DVJ mixer 3.0 on the project page.

Produced and developed by: