Trap to skiLL you

In 1998, I produced the ‘Trap to skiLL you’ EP. This EP consists of three tracks: an intro, the main track and an outro. For Trap to skiLL you I used samples from the movies ‘Blood Brothers‘ and ‘Invincible Shaolin‘ produced by The Shaw Brothers. To legally use these samples I had to acquire legal permission from The Shaw Brothers (‘sample clearance’). Getting clearance for these samples was such an annoying, time consuming process that I decided to never clear any sample again.

To clear the samples of Trap to skiLL you, we sent a fax (the proper way in 1998) with a list of all the samples to the Shaw Brothers and asked them to license these bits and pieces. We didn’t get a reply. It took many faxes and phone calls to convince them to take us seriously. Sample clearance was something new for them and it didn’t seem interesting business for them. After many (short) conversations and long faxes and a lot of waiting, they agreed to license one minute of each film (3000 frames), but I had to cut out the samples myself. These films only existed on ancient film reels, not on digital tape or hard  disk, so copying these bits and pieces was a challenge. They didn’t want to do that for me. After again many discussions they agreed to send me the master tapes. Giant film reels from the 1970’s. 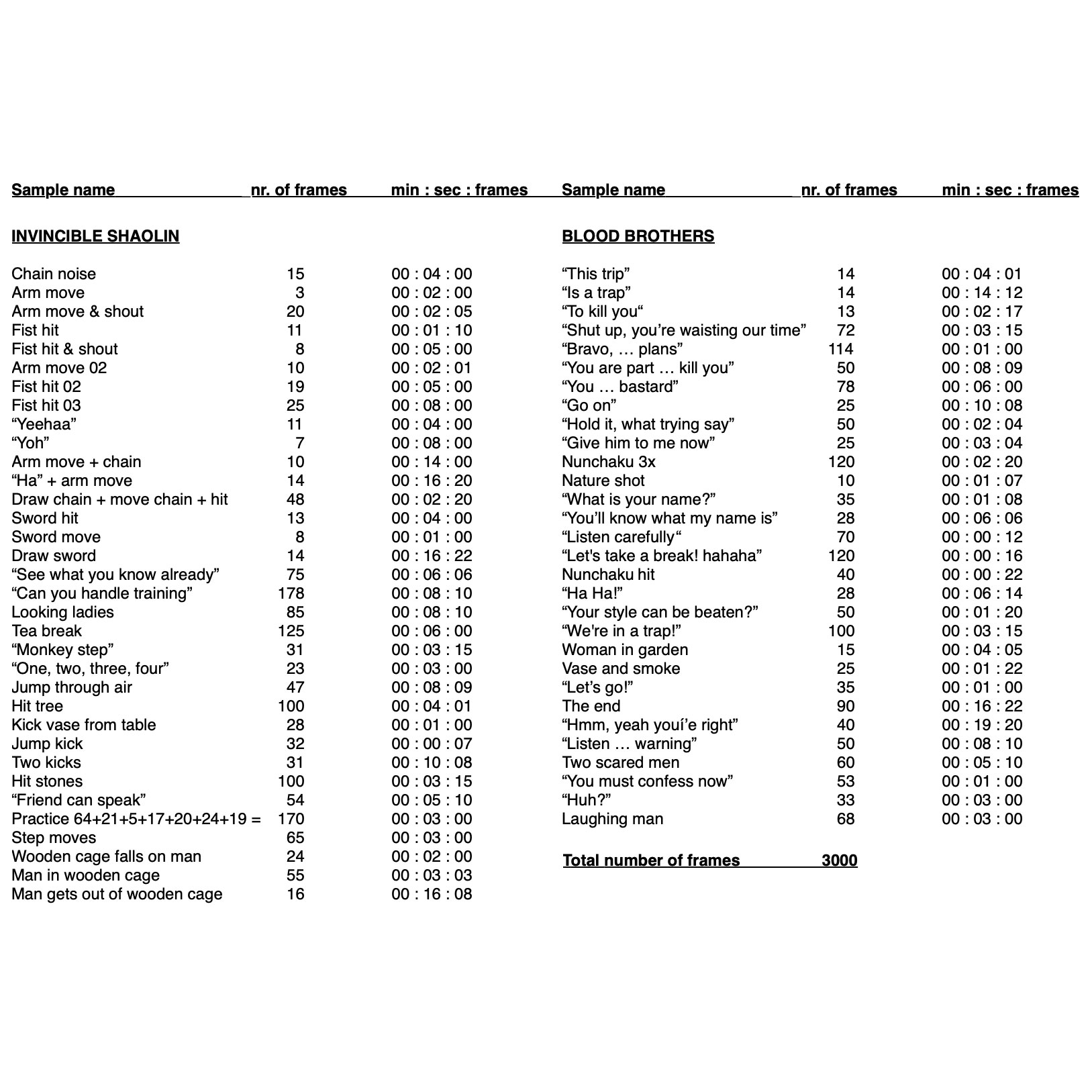 So the next step was to find a place where I could play and copy these ancient filmstrips. We found a video production agency just outside of Amsterdam that had such a machine in the basement and who where willing to dust that off and connect to a digital video recorder. Meanwhile a year had past so in the summer of 1999 we spend an afternoon digitizing the video samples. But then there was a new issue: the movie had many scratches. For a movie that is not such a big problem, it even adds to the character of an old film, but when a video sample contains scratches it is annoying, because each time a sample is triggered the scratch is visible and distracting from the composition. So all samples needed to be cleaned. Another time consuming process. The original licensing contract was for two years, so pretty soon Shaw Brothers asked us to renew the contract, so we were back where we began. 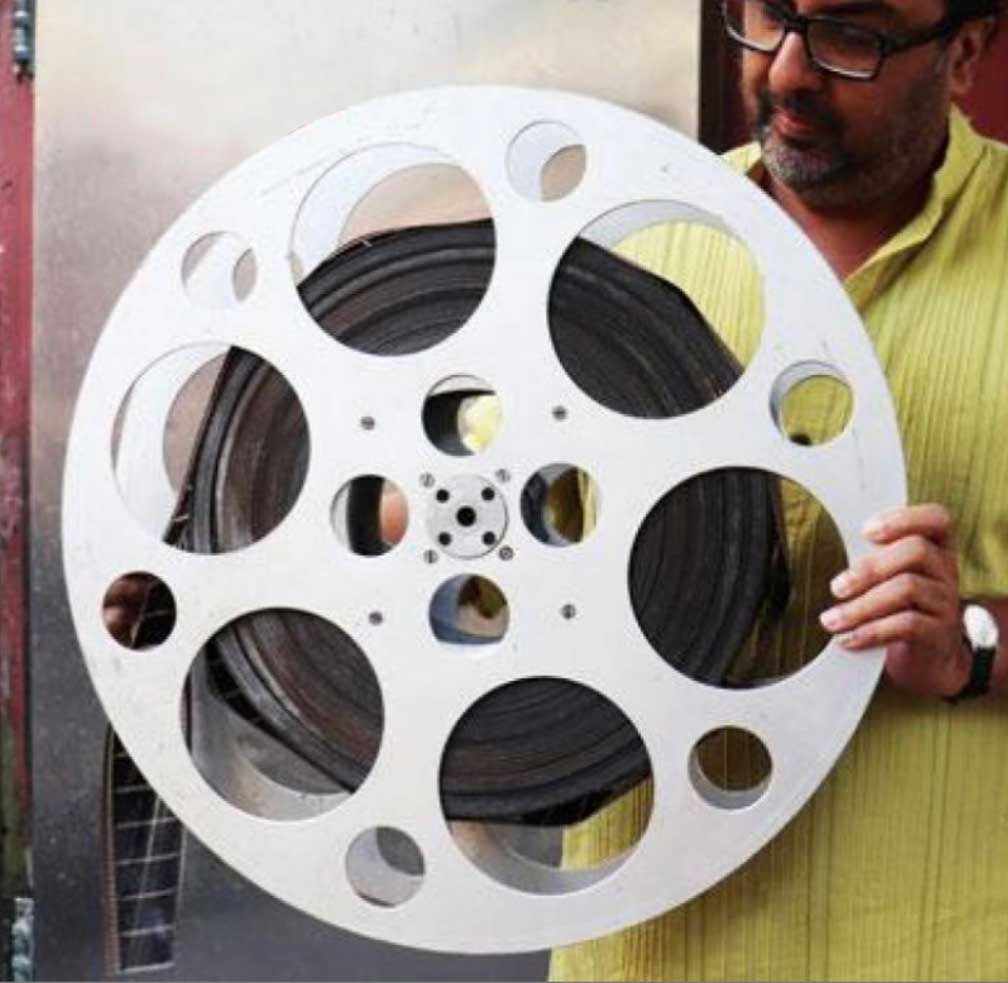 When all samples were cleaned from all dirt and scratches, I remastered the compositions with the cleaned samples. Trap to skiLL you consists of three parts: an intro track, the main track and an outro skrtZz track.

Part one is the intro. For this track I used Arkaos X-Pose, linked to Sample ceLL, to create hectic video rhythms.

Part two is the main composition. It is made with Logic Audio, Digidesign Sample ceLL, Adobe Premiere and After Effects. In 2006 I added 3D effects and live footage with the DVJ mixer. I used this track for many DVJ and SenSorSuit shows. Koen ‘Fu’ Lommerse played the bass guitar samples that used to construct the bassline. Jan-Bart Meijers played guitar.

Part three is the outro. For this track I used X-Pose and the skrtZz technique to create a hip-hop style skrtZz solo.

I used Trap to skiLL you for many SenSorSuit live shows. This video shows a performance in 2000 in Tate Modern in London. The output of my right arm is visible on the middle screen. The other screens are controlled with the left arm. With the right arm I play the audio-visual skrtZz solos, while the left arm controls the background track.

I start with creating crazy video rhythms with kung-fu moves. Then I trigger and skrtZz the HeeYaa sample. In the middle I combine audio-visual effects with the HeeYaa sample and I finish the track with a sample of a jumping fighter. In between I use some samples with out sound to visualize the music.

Audio-visual effects and visual music play and important role in my work. To play with audio-visual effects live before 2004, I used to pre-render the effects in the sample, because computer hardware was not powerful enough to process these effects in real time. For Trap to skiLL you I made sure the pre-rendered AVFX had a simple, logical development over time, starting with no effect and then adding more effects as time progresses. This way, I could easily move from a ‘clean’ visual/sound to the distorted visual/sound, resulting in an acid like, audio-visual band-pass filter solo.

The videos below show some audio-visual effects experiments I didn’t use in 1998 and in 2001.