In 1993, I created an experimental video skrtZz composition with my Commodore Amiga. I used a video sample of American hip hop artist Paris that I had filmed after his concert in Utrecht (NL).

In 1993, I produced a TV leader and TV bumpers (short clips, less than five seconds, that appear between television shows and advertisements) for Mo’ TV, a TV show from local TV broadcaster SEGLO TV in Utrecht. For the main leader I filmed American hip hop artist Paris after his live show in Utrecht.

With the image digitizer available at the School of Arts, I recorded a video sample of Paris. I had to do this frame by frame, and stored these images as separate files on two floppy disks. My Amiga was able to load a sequence of 35 images at a resolution of 320 x 240 pixels in 16 grey shades. That was enought to record Paris saying “I keep my channel locked to Mo’ TV”.

I used this sample to make an experimental video scratch composition. In 1993, it wasn’t yet possible for me to render the composition as a video clip, so I saved the video sample alongside the audio composition on four separate floppy discs. I had to imagine the visual part of the composition in my mind while I was making it. 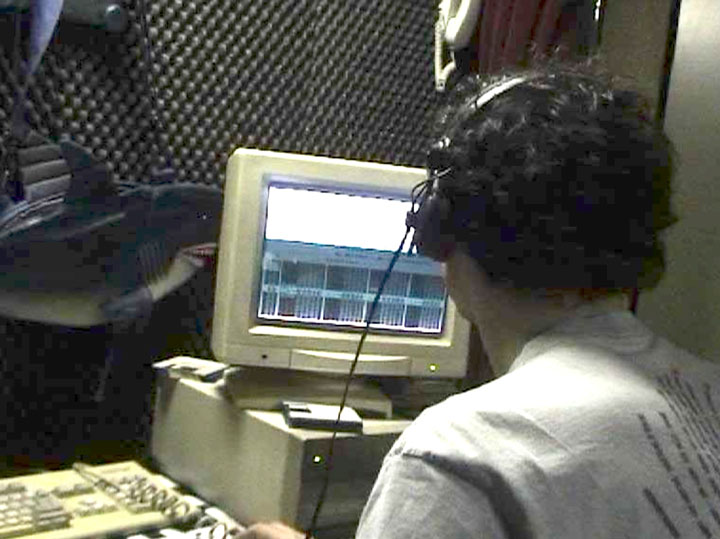